Restoration Update as of September 2018

These shims are original equipment from the wing of the B-17. We were able to salvage them, clean them up and put new nut plates in. They are used to anchor in the air intakes for the wing. 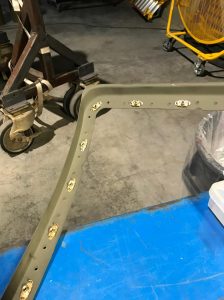 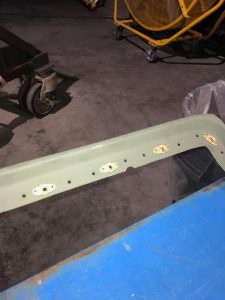 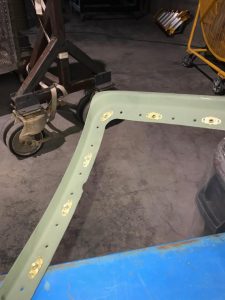 Our restoration team installed these suit-heater plug ins into the Radio Operators Compartment of the B-17. 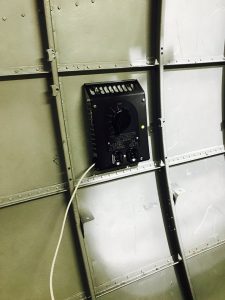 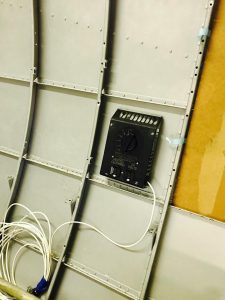 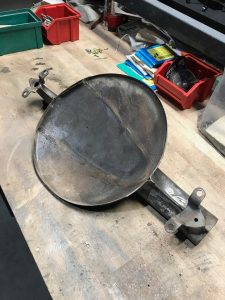 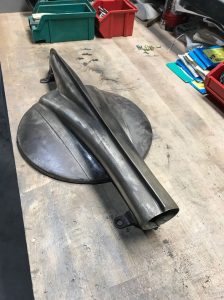 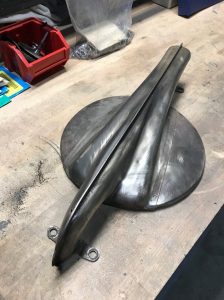 Our restoration team has been working the Plexiglas Nose for the B-17. This is only a temporary nose bubble until we get a permanent one. We decided the best way to repair the cracks in the nose would be to do what’s called a “field repair” to the damage. We are using a copper wire to stitch the crack back together in what’s called a “baseball stitch.” We’re still working on the idea of putting in a new ring. The old one is not able to support the weight due to its age. 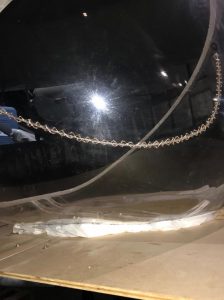 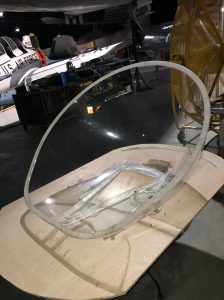 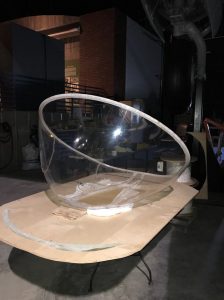 Our restoration team bought two duffel bags to simulate the E-2B six man rafts that were carried in the HU-16 Albatross. These rafts are no longer in the Air Force inventory. We made a stencil based on a photo of a raft bag found on the web and marked each bag. The bags were then filled with shredded paper thanks to the MOA Gift Shop, which had a large box of packing paper. These two bags were normally secured by web straps just below the aft escape hatch. 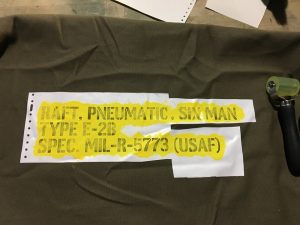 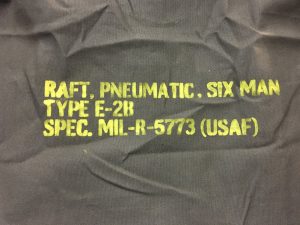 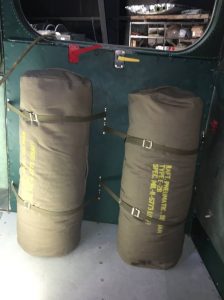 Our restoration team is working on the forward fuselage on the B-17. We went over the entire outside and identified all the missing rivets. We’ve also started sanding and buffing. The blue tape identifies each rivet that needs to be drilled and replaced. Most of the blue tape is off the fuselage now. 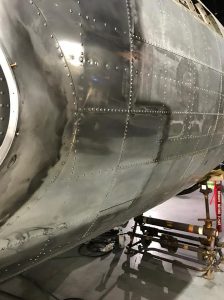 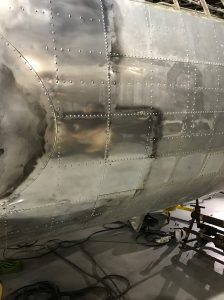 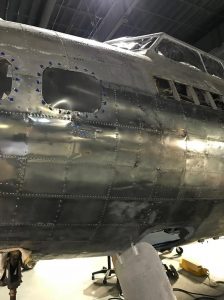 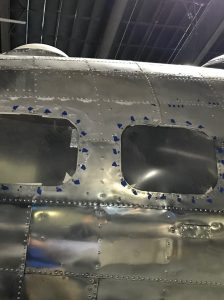 We have built new panels for the side of the fuselage on the B-17, and a new door and latches had to be manufactured. The old one was extensively damaged. 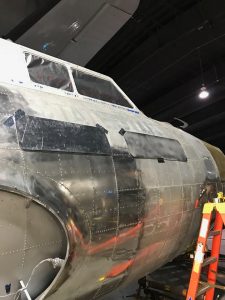 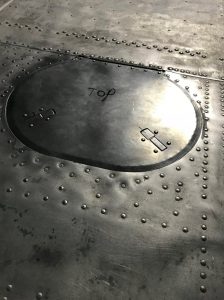