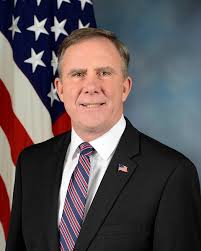 He served as Commander of the Air Logistics Complex before retiring in 2012. He later became the director of the 21st Century Partnership and worked with Fickling Management Services.

“Once you’ve been part of middle Georgia, it never leaves your blood,” he said.

In 2017, President Donald Trump appointed McMahon to one of the top civilian spots with the Department of Defense at the Pentagon.

McMahon says his roles in Central Georgia perfectly positioned him for his new job as the Assistant Secretary of Defense for Logistics and Material Readiness.

“I spent a lot of time looking at military construction, looking at things like Base Realignment and Closure,” he explained.

After a year, McMahon took on the responsibility of the Assistant Secretary of Defense for Sustainment.

Now, McMahon says his time at the nation’s capitol is coming to a close.

“I think we all reach a point where we go, ‘have I done what I can do? Is the environment one I want to continue to operate in?'”

He says the environment in Washington D.C. often left him feeling ineffective. He submitted his resignation in early November.

“There are a lot of issues right now that are hot button issues within the Congress and between Congress and the executive department,” he said.

“We’re spending a lot of time in debate and not really seeing that ball move down the field, and so I think, for those of us in the Department of Defense, it’s a bit frustrating,” he said.

He says instead of winning political battles, national leaders need to expand their focus for the future.

He says leaders at Robins Air Force Base are already doing that through community partnerships and collaborations with state engineering programs, technical colleges, and STEM programs at the Museum of Aviation.

“Even some of our much larger communities where there are a lot more resources aren’t taking that kind of focus that we see here in middle Georgia,” he said.

McMahon says these programs benefit the base and the community but also play a march larger role in the future of the United States military.

He says the future of our national defense relies on the availability of a strong and diverse workforce capable of competing globally in STEM fields.

McMahon says Robins is on the right track and leaders in Washington D.C. are taking note of its success.

After leaving the Pentagon in November, McMahon says he plans to build a home with his wife, Hope, in Alabama. He says he doesn’t have any plans after that, but hopes to find a way to continue supporting our nation’s military. 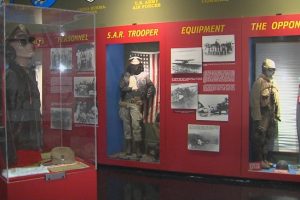 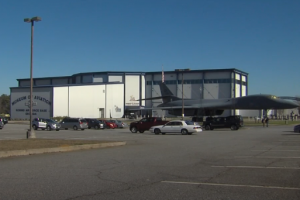