The Banquet will being with a 6:00 p.m. reception, followed by the dinner and program at 7:00 p.m. All who are interested are encouraged to purchase tickets on the Museum of Aviation website. Seats are $100 per person. Attire is black tie, business suit optional. The expected audience of 500 people will include current and former Georgia Aviation Hall of Fame Board Members, former enshrines, government, aerospace and defense industry leaders, and aviation enthusiasts from around the state.

Henry Edward Lowe was born September 15, 1951 in Macon, Georgia. Henry soloed at age 17 and later earned a commercial license with flight instructor, multi-engine and instrument ratings. After graduating from the University of Georgia, earning a BBA Degree in Business Administration, Henry began working full-time at Lowe Aviation Company. He flew power line patrol, U.S. Forest Service Patrol, and Part 135 Air Taxi Charter. As a flight instructor, Henry taught many new pilots to fly and greatly expanded the number of central Georgians’ involvement in aviation. He became President of Lowe Aviation Company in 1982. Henry is a FAA Certified Airframe and Power plant Mechanic with Inspection Authorization. Under his leadership, Lowe Aviation became a Part 145 FAA Certified Repair Station working on aircraft, instruments and auto-pilots. Henry held an instrument repairman certificate. He also created an STC to modify Beechcraft instrument systems. As an aircraft broker, Henry has sold numerous airplanes to customers in nearly every state in the U.S. In the 1980’s he was heavily involved as a founding director of the Southeastern Museum of Aviation which led to the creation of the Museum of Aviation Foundation, and he was a founding director of that organization. Henry was the creator of the first Georgia statewide Aviation Award Banquet honoring aviation pioneer Ben Epps. In 1989, he was appointed by Georgia Governor Joe Frank Harris to serve as a founding director of the Georgia Aviation Hall of Fame. Henry served as president of the Georgia Aviation Trade Association four times. 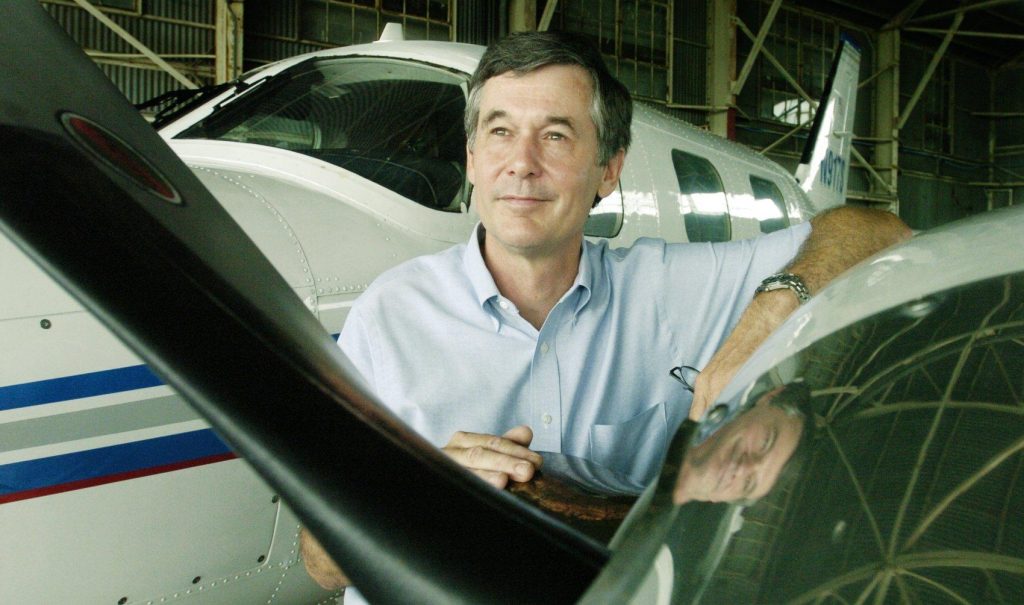 Lance Paige Toland is a Griffin, GA native. For 10 years, he plunged into aviation while attending Gordon College, West GA College & Woodrow Wilson College of Law. Working for Robert McSwiggan Academy Airlines at the Griffin Airport immersed Lance into the aviation culture of the time. After a week or so of deliberations with Atlanta-based underwriters, Lance saved McSwiggan’s company $85K in annual insurance costs without compromising coverages. Over the next 35 years, Lance Toland Associates grew to become a respected legacy making its mark across the narrow-specialized spectrum of aviation insurance. He was one of the first westerners to fly soviet made military aircraft as well as being the first American to fly the Aero L39 at the factory in Prague and obtain the first letter of authorization to operate as a command pilot. At one point, he owned the 11th Largest Air Force in the world with over 51 aircraft in his AIR FORCE based at Griffin, GA. Lance was a charter Member of the Museum of Aviation as well as the GA Aviation Hall of Fame. He was asked by Gov. Sonny Perdue to serve on the Aviation Task Force that evaluated GA aviation infrastructure, including aircraft fleets and aviation trade schools. He was instrumental in applying aviation risk management recommendations that saved GA millions of taxpayer dollars. Lance supported the Eastman, GA Aviation Trade School, which evolved into the School of Aviation at Middle Georgia State University. 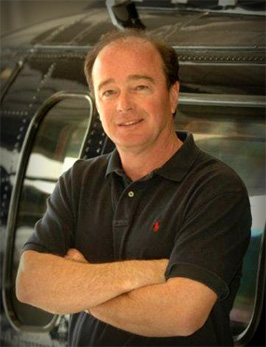 Captain Norman Topshe officially soloed July 5, 1936 in Albany, Georgia. He received his private license on June 14, 1938. He accepted a position as pilot with Delta Air Lines, where he quickly became a captain and remained in the position until 1974. He served as a liaison between the pilots and top management for an additional 17 years. In early 1940’s he was elected chairman of the Airline Pilots Union for Delta, then chairman of the negotiating committee for the pilot’s contract. In mid-1945 he was elected as chairman of the Master Executive Council (MEC). During this time he co-founded and promoted the Pilot’s Mutual Aid Association, which today is a multi-million dollar organization that protects pilots during illness or disability. During the late 1940’s and early 1950’s Captain Topshe was appointed chairman of the Retirement and Insurance Committee of Delta pilots. In the mid 1950’s he was appointed chairman of the Pilots Grievance Committee and Contract Administrations. Captain Topshe was also a chief negotiator of most pilot contracts. In the summer of 1993 when he was 79 years old, Captain Topshe located and flew Delta’s first DC-3 from San Juan Puerto Rico to Ft. Lauderdale Fl. and then onto Atlanta. This is the aircraft currently on display at Delta’s Flight Museum near its worldwide headquarters adjacent to the Atlanta airport. Captain Topshe’s career with Delta Airlines spanned 52 years, and during this period he accumulated 33,000 hours flight time. 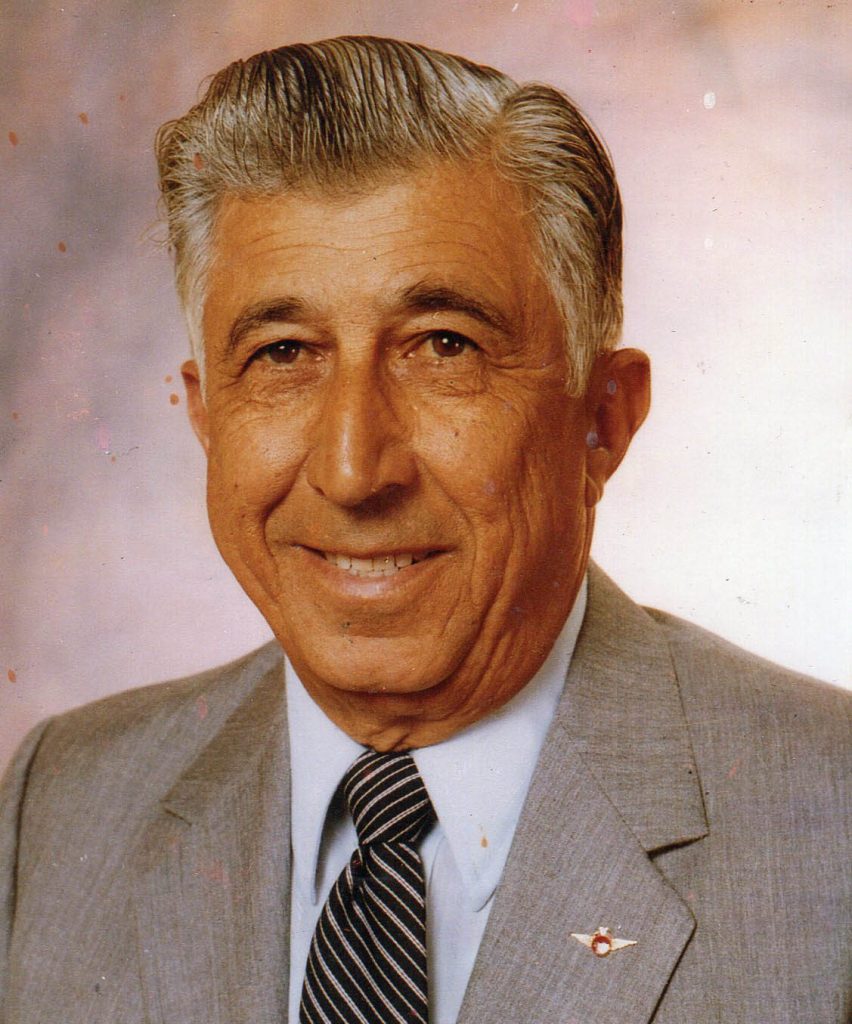 The Sustaining Sponsor for the 2019 Georgia Aviation Hall of Fame Banquet is Delta Air Lines. Sponsorship opportunities are still available. For reservations and further information contact Heather Turner at the Georgia Aviation Hall of Fame at 478-923-6600 or email hturner@museumofaviation.org. Tickets can be purchased online at museumofaviation.org. 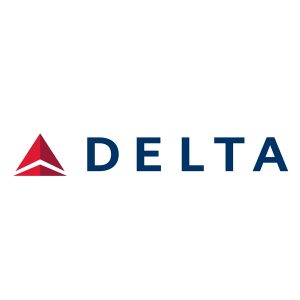 Vote Us Best of the Best!