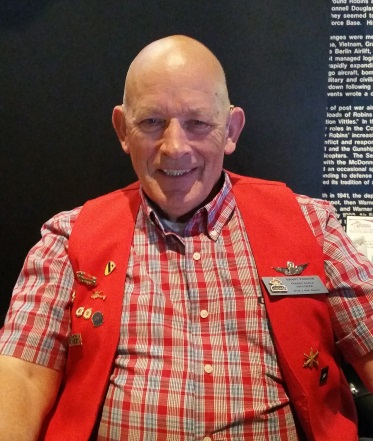 Congratulations to our Volunteer of the Year, Grant Fossum!

He served with the 1st Cavalry Division in Vietnam during 1967-1968 flying the CH-47 Chinook. He received a field commission to 2lt, Air Defense Artillery, Vietnam 1968.

After assignments to installations in Texas, Georgia and Germany, Grant returned to Vietnam once again flying the CH-47 Chinook with the 1st Cavalry in 1971-1972.

During his combined tours in Vietnam, Grant flew 1600 combat hours and received the Distinguished Flying Cross, 2 Bronze Stars and 55 Air Medals. Grant retired as a Lt. Col. In July of 1989.

Grant has also taught JROTC for 3 years in South Carolina. He was an administrator and instructor at the Mercer School of Medicine for 10 years, and served 3 years in Montenegro with the International Mission Board.

Grant began his volunteer service at the Museum of Aviation in July of 2008 volunteering two days a week at the visitor desk in WWII, then moved to the Nugteren Hangar and currently volunteers every Thursday morning at the Eagle Building Visitor Information Desk.

In addition to his regular Visitor Desk duties, Grant has participated in numerous special events. You will also find Grant volunteering his time doing landscape maintenance around the grounds of the Museum.

Grant has contributed over 2,200 hours of volunteer service. 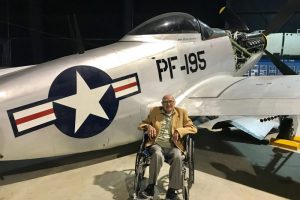 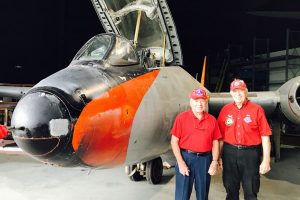 VETERANS REUNITING WITH THEIR JET BOMBER