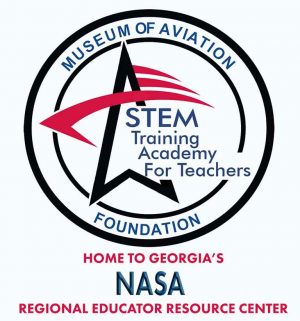 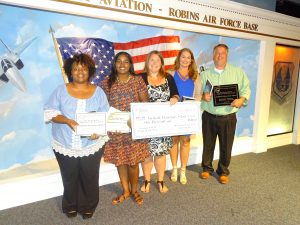 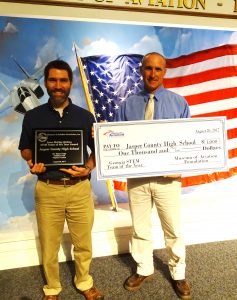 Clare Swinford, Director NASA Regional Educator Resource Center, opened the event—welcoming all educators who were present. Chrissy Miner, the President and CEO of the Museum of Aviation Foundation, spoke about the mission of the Foundation and the importance of STEM Education. Charles R. Hunsaker, President of the National Defense Industrial Association of Georgia, delivered the opening remarks highlighting the Aerospace Industry in Georgia and the need for a strong STEM workforce. The Foundation’s Education Director, Melissa Spalding, presented the awards for the 2017 STEM Teachers of the year.

The highlight of the event was Dr. June Scobee Rodgers as the keynote speaker. She is the widow of Challenger Space Shuttle Commander Richard “Dick” Scobee. She is an educator, author, speaker, and Founding Chairman of the Challenger Center—an honoring tribute to those who were lost in the tragedy. Rodgers received her Ph.D. from Texas A&M University and served on the President’s National Advisory Council on Education. She was presented the Alan Shepard Technology in Education Award, and wrote her book called Silver Linings: My Life Before and After Challenger 7. 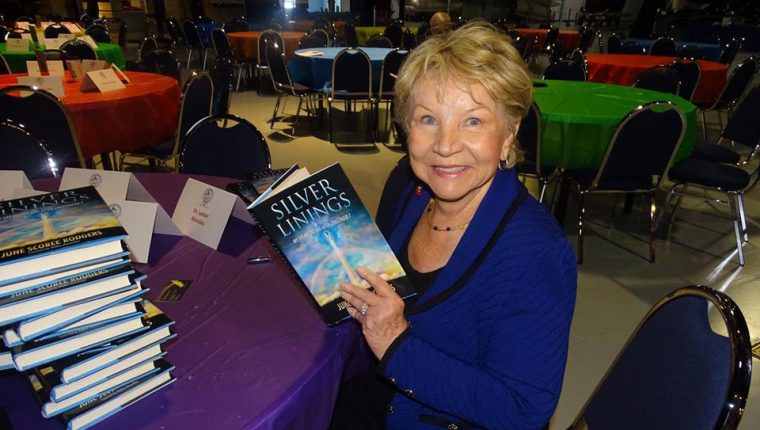 June Scobee Rodgers signing copies of her book, Silver Linings: My Life Before and After Challenger 7