The second largest Air Force museum in the country hosted a dedication ceremony for the F-100D Super Sabre, the first USAF fighter to fly faster than the speed of sound in level flight. After seven years of restoration work, this remarkable Vietnam War aircraft is finally complete. 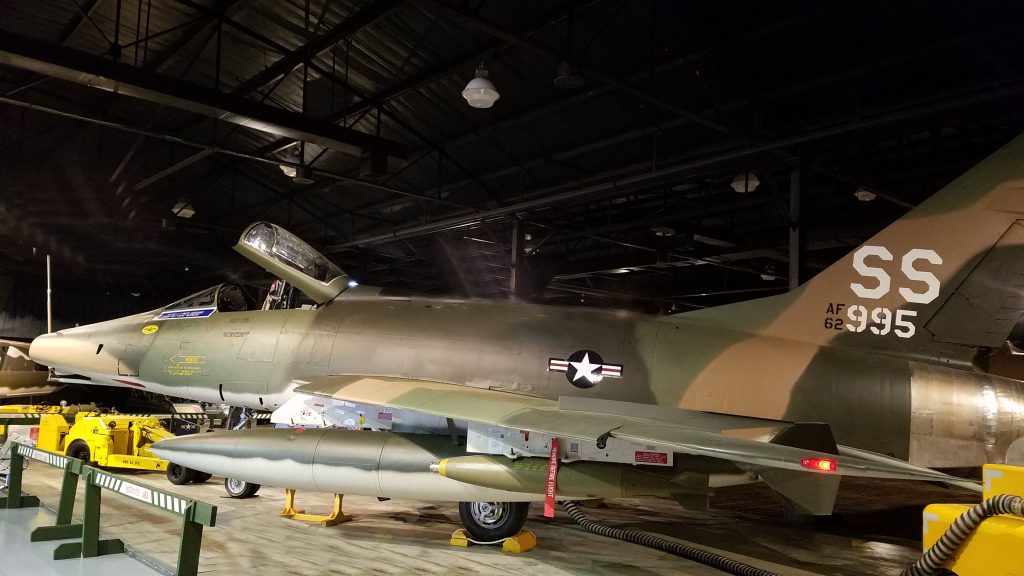 This particular aircraft was the last to be placed in Hangar One, which made this event a significant part of the Museum’s history.

Retired Maj. Gen. Goddard was the keynote speaker during the event. He is a former commander of the Warner Robins Air Logistics Center, as well as a former pilot who flew the Museum’s F-100D on 180 combat missions during the Vietnam War. 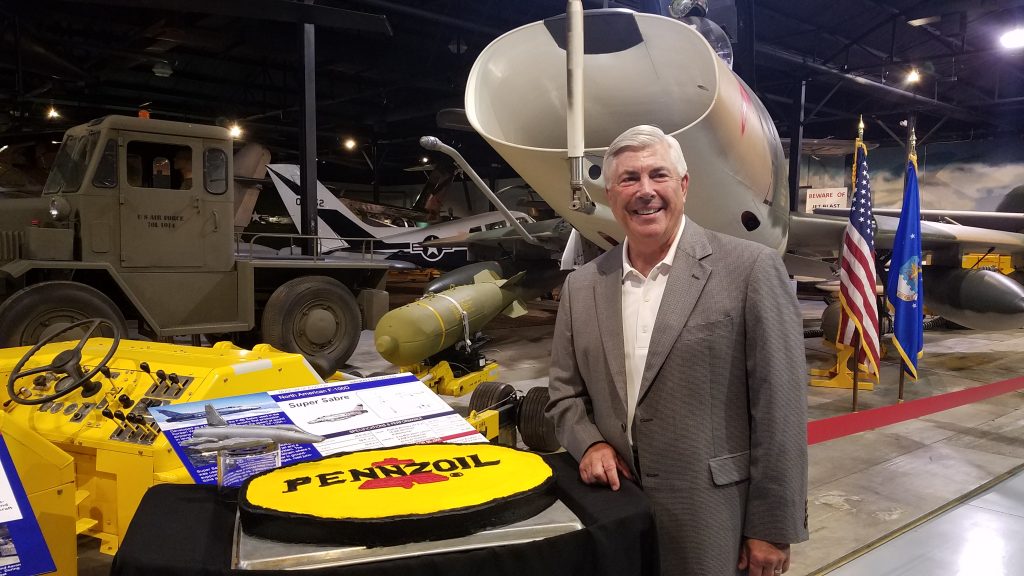 This fighter-bomber aircraft was flown on ground-support missions—attacking troop concentrations, bridges, and road junctions.  In 1957, the Museum’s F-100D was sent for modifications at the Warner Robins Air Material area, and then went to serve with USAF units in Europe. The aircraft retired in 1979, and was put on a pole for display at Otis Air National Guard Base in Massachusetts.

After 33 years of being damaged by harsh weather, the F-100D was taken to the Museum of Aviation in 2010 to begin the restoration process. With the help of Goddard, Aaron Robinson—a Retired USAF Master Sgt.—and other restoration specialists, this Vietnam War aircraft was brought back to its former glory and given the opportunity to be honored for serving its nation.

The highlight of the event was when Goddard presented Robinson with a framed portrait replica of the plane, in appreciation for his hard work and many hours of service he dedicated to restoring the F-100D. 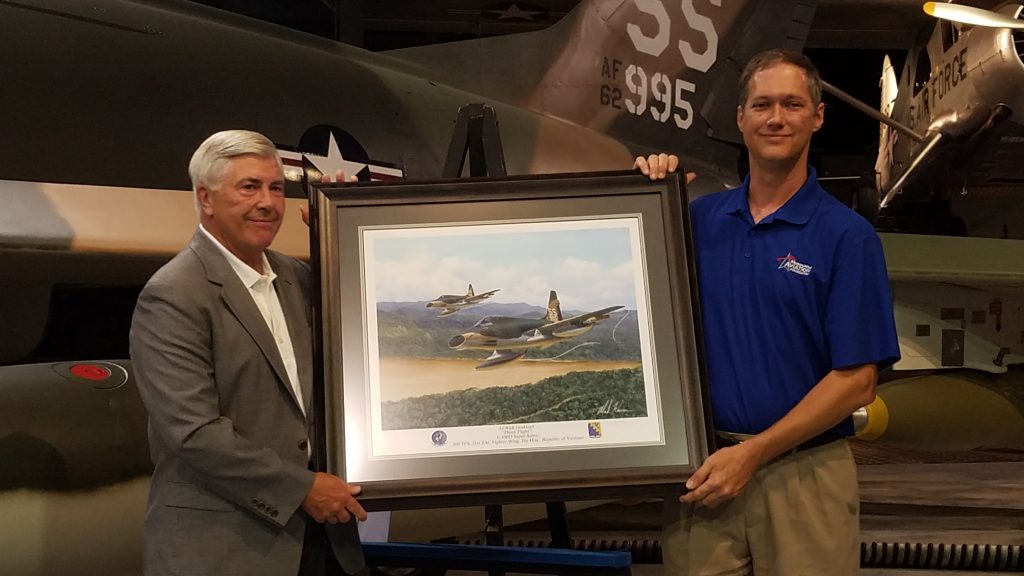