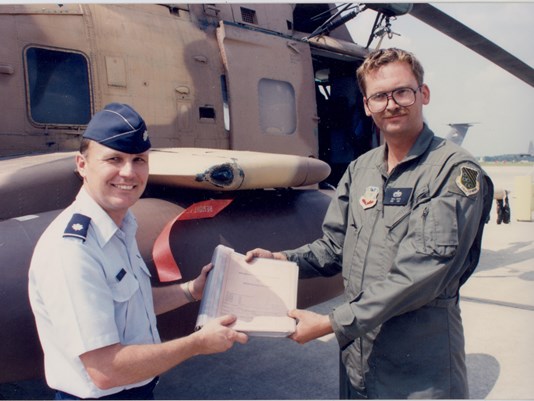 The Museum of Aviation is filled with stories, but one you won’t see or hear is the tale of the man responsible for bringing many of the museum’s biggest attractions to Robins.

As a young mechanic working on F-4 fighter jets at Langley Air Force Base in Virginia, Ken Emery had no idea where his career would take him, but he did know that he loved planes.

When he arrived at Robins Air Force Base as a Captain to work on F-15 jets, Emery decided to fuel his love of aviation by volunteering at the Museum of Aviation as it prepared to officially open to the public.

“It was really a hodgepodge to start with,” he says.

When the doors opened in November 1984, there were roughly 20 planes on display. Emery says he began researching and reaching out to help the museum expand.

Soon, the Air Force would send Emery off to places like Japan and Saudi Arabia. He also had a few other stateside assignments, including two more stops at Robins.

No matter how far away he moved, Emery says his heart was always in central Georgia.

“I was always looking out for the museum for things they would be interested in or things that I thought we needed for the collection,” he says.

Emery retired from the Air Force as a Colonel in 2004. He’s dedicated the last ten years serving as the director of the museum he helped build.

He says one of his favorite accomplishments was bringing in the B-17. He says it took nearly four years of planning and pleading to get the Flying Fortress to the museum.

“I’ll come back and volunteer and probably bring my tool bag in and help the guys work in restoration and restore the airplanes.”