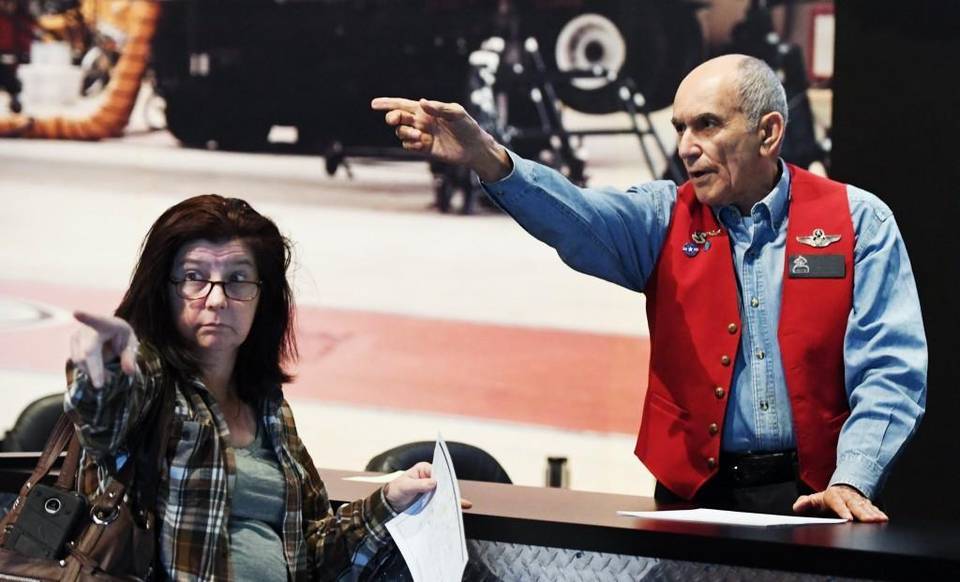 Museum of Aviation is in need of volunteers

Christmas has already come and gone, but the spirit of giving can last all year through, and the Museum of Aviation in Warner Robins is providing just the opportunity for people to give of their time.

“Those four shifts are where I would want to plug somebody in immediately who wants to volunteer,” Hart said. “We look for people who are wanting to make a long term commitment to be with us a while … work one shift a week.”

“The primary duties of a (help desk) volunteer are to greet everyone with a smile, assist visitors with questions and to also keep a watchful eye on the exhibits,” said Hart, adding that the duties entail a mixture of both sitting and walking, and the volunteers are encouraged to walk through the buildings when the visitors are present. “There is no military or aviation experience required. On the job training is provided.”

“There’s no particular day of being busier than the other,” Hart said. “It changes constantly, depending on what is going on with people traveling through, so there’s no way to put a number on what we need. We’re open seven days a week.”

David said he volunteered some in the late 1990s at the museum and decided to return to volunteering this past September. He said he loves working at the museum and loves the aircraft. He particularly enjoys meeting the different people who come through visiting the museum.

“The best part is hearing other people’s stories of what they did in the Air Force or the military,” he said.

A mechanic for most of his life, David said he also enjoys the opportunity to turn wrenches while working in the restoration area.

“It’s a natural thing for me,” he said, adding that they are always looking for volunteers at the museum.

For more information about volunteering at the museum, call Dan Hart at 478-926-4242 or email him at dan.hart@museumofaviation.org.

Getting ready for Saturday's marathon at the Museum of Aviation

Winter Wonderland forecast calls for snow and fun at museum