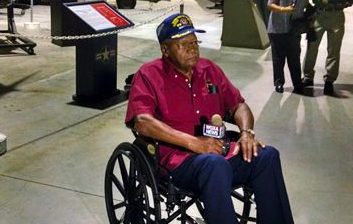 For Tuskegee Airmen Education Day, a large crowd of JROTC students from the middle Georgia area, as well as members of the military and visitors, heard from original Tuskegee Airman William Rice and Dr. Daniel Haulman of the Air Force Historical Research Agency Friday morning at the Museum of Aviation, Century of Flight Hangar in Warner Robins.

Rice discussed his experiences as a Tuskegee Airman, and Haulman provided a presentation about the Tuskegee Airmen legacy.