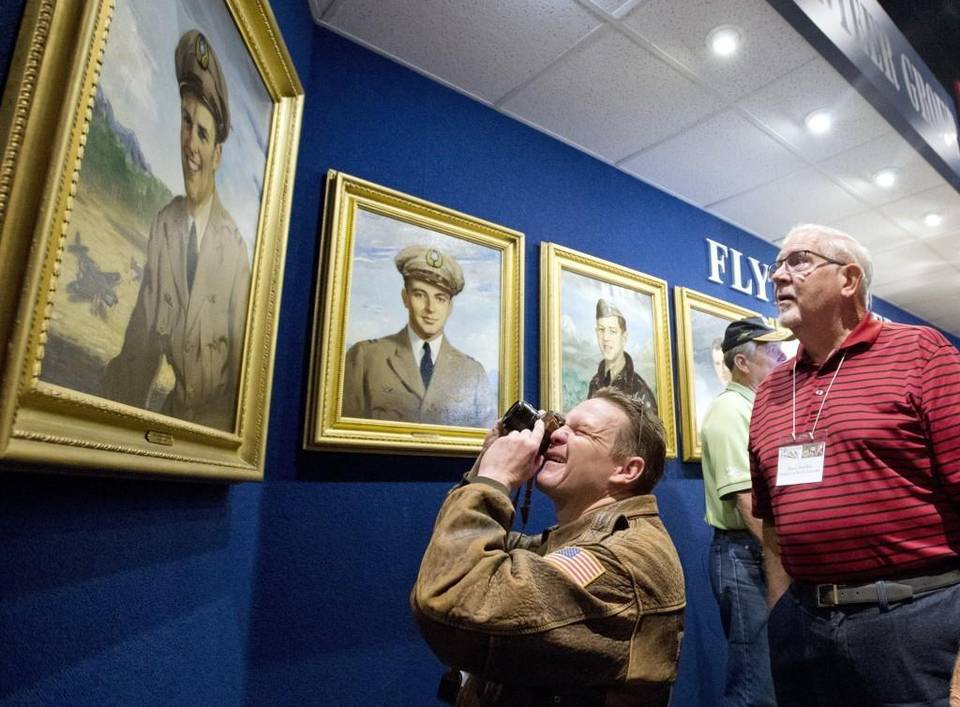 WARNER ROBINS–Each member of a reunion group visiting the Museum of Aviation on Thursday probably had a Flying Tigers story. The Flying Tigers is the nickname for the American Volunteer Group, a group of American fighter pilots who flew for China in World War II. Susan Jimison said her cousin John Donovan was the only Flying Tiger to be killed in Hanoi when it was still French Indochina in 1942. Donovan, who was her father’s first cousin, wrote home about his experiences. Jimison has compiled his letters into a book.