ROBINS AIR FORCE BASE, Ga. — A reservist who just arrived at Headquarters Air Force Reserve Command got welcomed to the town in a grand way. He won $30,000 in the Museum of Aviation’s 31st Annual Auction, Raffle and Taste of Local Cuisine event here July 23.

“My wife was unpacking boxes and asked me to get the kids out of the house for a while,” he said. “So we jumped in the car, drove around town and found the Museum of Aviation.”

They decided to check it out and eventually found the raffle sign in one of the hangars there.

“We really enjoyed our visit there and decided to buy the $100 raffle ticket as a donation. I didn’t give it a second thought. It was just my offer for a good day,” Janicki said.

The prize was a welcome he wasn’t expecting. Janicki had the choice between six new vehicles or the cash. He chose the cash because the family had just purchased a new vehicle.

Chrissy Miner, Museum Foundation president and chief operating officer, said about 80 percent of winners take the cash instead of the car.

“We have some very charitable donors,” Miner said. “We are blessed to have people who care about our Museum and want to see it thrive for years to come.”

F-86H Sabre an overlooked gem at Museum of Aviation

Taking a last flight through history 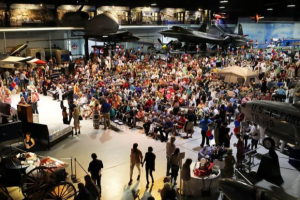 ‘We are just getting started.’ Museum of Aviation in Warner Robins celebrates 35 years 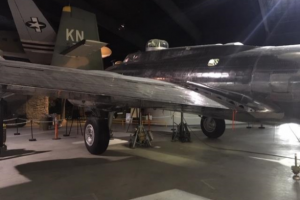